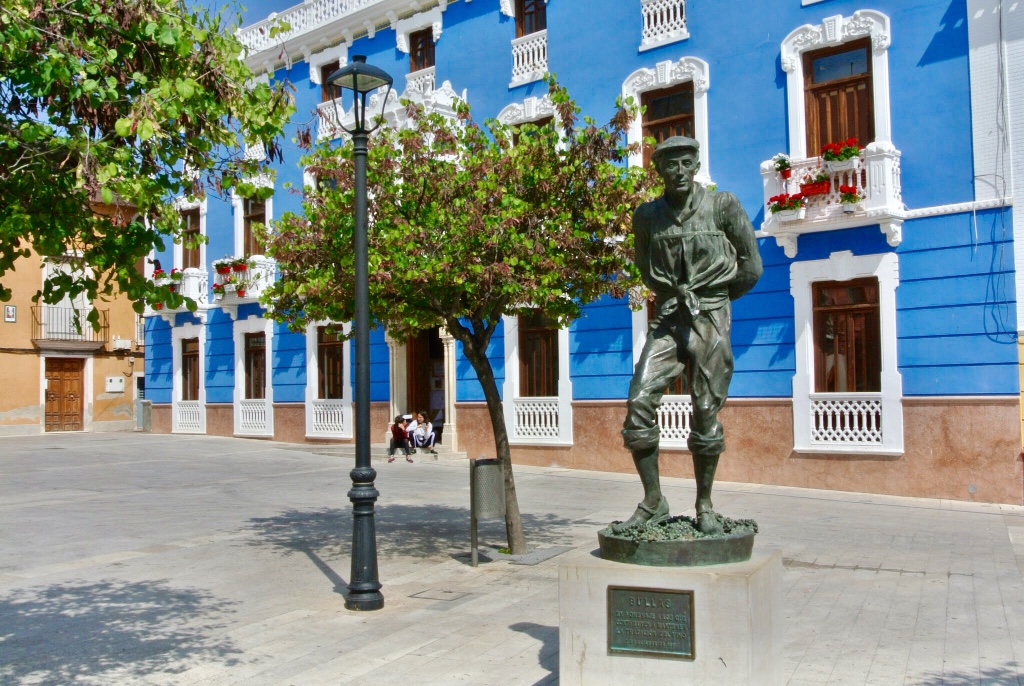 Another super week with warm days and finally much warmer evenings, just right for a cheeky sundowner or two. The site has seemed busy this week with large groups of golfers and for the first time this year we have had to queue at the tills in the Spar !

A trip for us this week up to the town of Bullas, centre of our local wine growing region, and it’s only a short journey from Condado, head towards Murcia and then left left up the RM15.

The main attraction in Bullas is not unsurprisingly the wine, we always visit the Bodegas Del Rosario where you can buy wine directly from the producer. Bullas itself doesn’t honestly have that many other attractions, however the wine museum is fantastic and despite not looking much from the outside, it is well worth a visit. Bullas also has a monthly artisan “Zacatin” Market held on the first Sunday of every month, this is held in the town square and the narrow atmospheric streets leading off from it. We returned laden down with a few select bottles !

Interesting while in Bullas to see all the posters for the forthcoming local elections being held this coming Sunday 26th. The biggest story in the Murcia region is the massive surge in popularity of the far right VOX party, largely at the expense of the Conservative PP party. In the recent general election VOX gained over 18% of the vote in the Costa Calida locality, a higher figure than in any of Spains 17 regions.

The fine weather has also encouraged us out walking, starting over at the outdoor gym by La Isla we headed out into the Campo and then back in a large circle along the Via Verde and through the lemon groves, followed by a wander around our outer ring road and then back to The Clover just over 11kms later for a well earned cold beer and glass of rose !

Few pictures to finish of the week and our wonderful Condado, wishing you all a good week !