Condado de Alhama is situated at 5km along the RM23 in the region of Murcia and community of Alhama de Murcia. 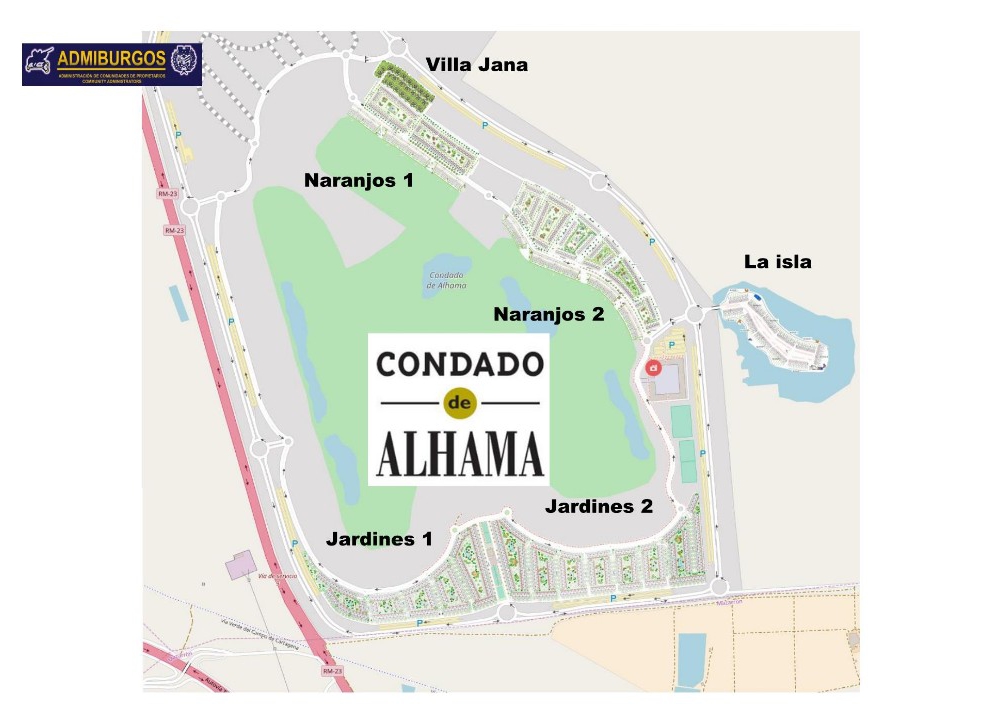 The community is made up of the following:- 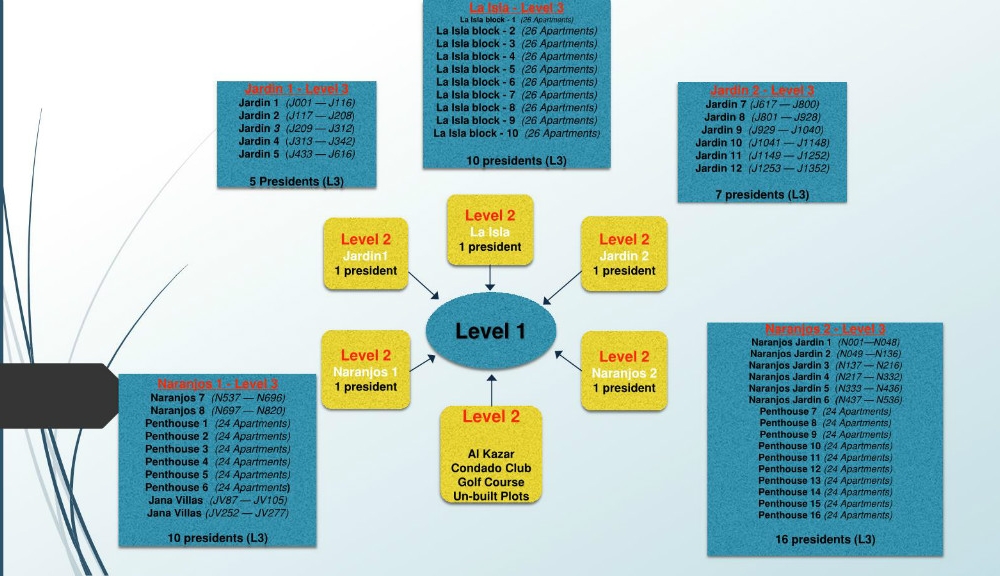 Within our level 1 community there exists the level 2 entities plus an 18-hole golf course and club house, a community club called the “Condado club” which includes sports facilities, the Town Centre (AlKazar) consisting of shops, restaurants and office constructed around a shallow ornamental lake and 4 security entrances on the inner ring of Condado and a security entrance at La Isla. There are also a number of plots. 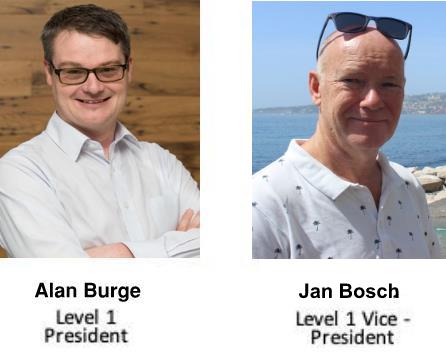 The level 2 community consists of 6 entities which includes 3376 residential properties.

The split of properties is:-

The level 2 communities are:-

Each level 2 community is further Split into Level 3 communities

There are 50 presidents at level 3, some level 3 areas also have vice presidents.

The urban entity is responsible for common areas within the communities which do not belong to gardens as well as the roads, soft and hard landscaping outside on the outer ring which encompasses Condado de Alhama. The Urban entity is also responsible for the sites irrigation and water collection and an ornamental lake which surrounds La Isla.

There is a president and vice president of the Urban Entity

Condado de Alhama currently contracts the following services to an external service provider, which is to be managed as part of the administration duties